Corrugated paperboard is a type of paperboard consisting of a medium fluted corrugated kraft paper and two flat linerboards. It is produced on the flute lamination machines, which is called corrugators. It is widely used for making the corrugated shipping cartons, boxes, mailing boxes, mailers, cardboard boxes, diecut boxes. The medium fluted paper and the linerpaper are made of the kraft paper. Corrugated paperboard is sometimes refered to as corrugated cardboard, fiberboard, even though cardboard refers to any heavy paper-pulp based board. 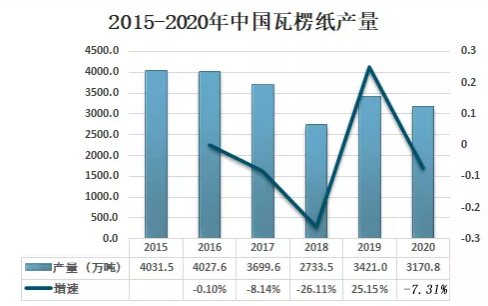 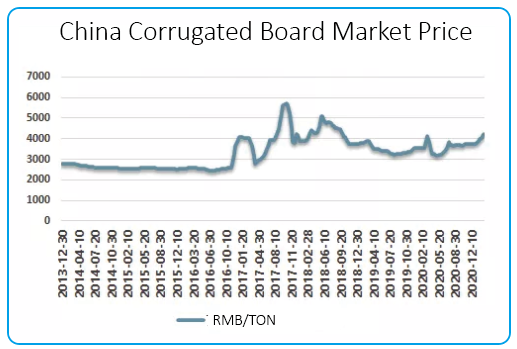 Since the implementation of the zero import of foreign waste paper law, some large-scale paper mills have successively put into operation overseas construction facilities and the shortage of domestic raw material supplies, resulting in a substantial increase in the import volume of corrugated paper, while the overall export volume has shown a downward trend. In 2020, China’s corrugated paper export volume was 24,900 tons, which is higher than that. In 2019, there was an increase of 27,000 tons; the number of imports was 72,800 tons, an increase of 57,400 tons compared with 2019.